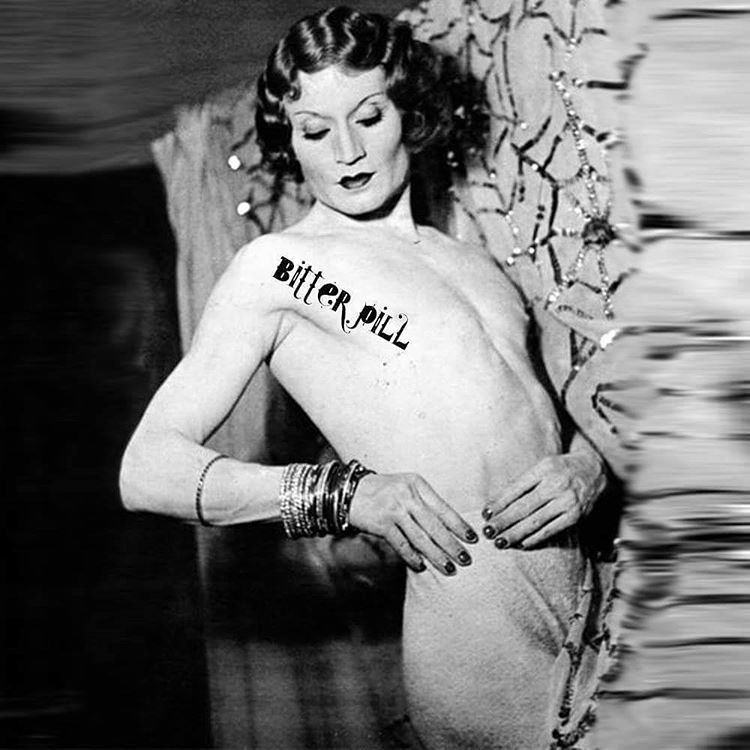 Barbette (December 19, 1898 – August 5, 1973) was an American female impersonator, high-wire performer, and trapeze artist born in Texas on December 19, 1899. Barbette attained great popularity throughout the United States but his greatest fame came in Europe and especially Paris, in the 1920s and 1930s.
Barbette began performing as an aerialist at around the age of 14 as one-half of a circus act called The Alfaretta Sisters. After a few years of circus work, Barbette went solo and adopted his exotic-sounding pseudonym. He performed in full drag, revealing himself as male only at the end of his act. (Wiki)
#1920s #1930s #1940s #drag #trans #circus #bitterpill

View posts by Bitter Pill
Self-described as “bloody folk,” Bitter Pill plays a dark and anachronistic combination of Country, Psychobilly, Bluegrass, and Vaudeville. They just released their first album,“Prepare Your Throats,” a collection of traditional and original songs from the soundtrack of their staging of William Shakespeare’s violent, bloody, grotesquely ridiculous abomination of a play, “Titus Andronicus.” Bitter Pill is a family affair featuring Emily Butler on vocals and her dad, Billy Butler, on cello; along with Mike McKay on banjo/mandolin, Michael Wingate Seavey and/or Jon McCormack on acoustic guitar, and a rotating roster of singers, circusers, actors, and awkwards. “Exhilarated. Stimulated." NHPR "Prepare Your Throats is intriguing, creative, humorous, raw and not all that wholesome. Two mighty severed thumbs up.” Modspoke.com “There’s a lot to love about this record.” Chris Hislop